From January 2014 until July 2015, I was employed as Web Designer for the Brooklyn Museum. As the sole designer on the tech team, I worked on a host of separate projects integrated under a Bloomberg Connects funding umbrella. My role in each was to direct the design process, collaborate in creating features and functions, and to handle all the UI and UX responsibilities. I occasionally helped with front-end work.

In the spring of 2015, while the beta versions of the Bloomberg Connects project were in testing, we set to building a new brooklynmuseum.org. This new, modern, responsive website is better able to accommodate our visitors. We called this redesign a “refresh” since the site architecture remained nearly unchanged and the content nearly identical as before. Our goals were 1) create a site which better followed the museum's branding, and 2) fix the various navigational problems which had cropped up over the years. A more purposeful website redesign had been tentatively scheduled to take place in the following couple of years.

The homepage received the greatest change. The old one featured three different slideshows, two of which were for textual content only, as well as an overall lack of elemental hierarchy or content clarity. This new design strips out the unnecessary complications and opens it up with a long vertical flow. The head of the Museum’s Design Department requested only that we leave as much white space as possible, and to refrain from using any rules, borders, or underlines for any delineation. The resulting look is one created by healthy margins and strong typographic control.

One of the unexpected constraints in designing the new site was the lack of large images. Copyright issues abounded among the collection, which meant many of those images were very small. In addition, the web editors were operating with 2004 web image standards, posting images smaller than necessary. The new templates for exhibitions and collections artworks take this into account. 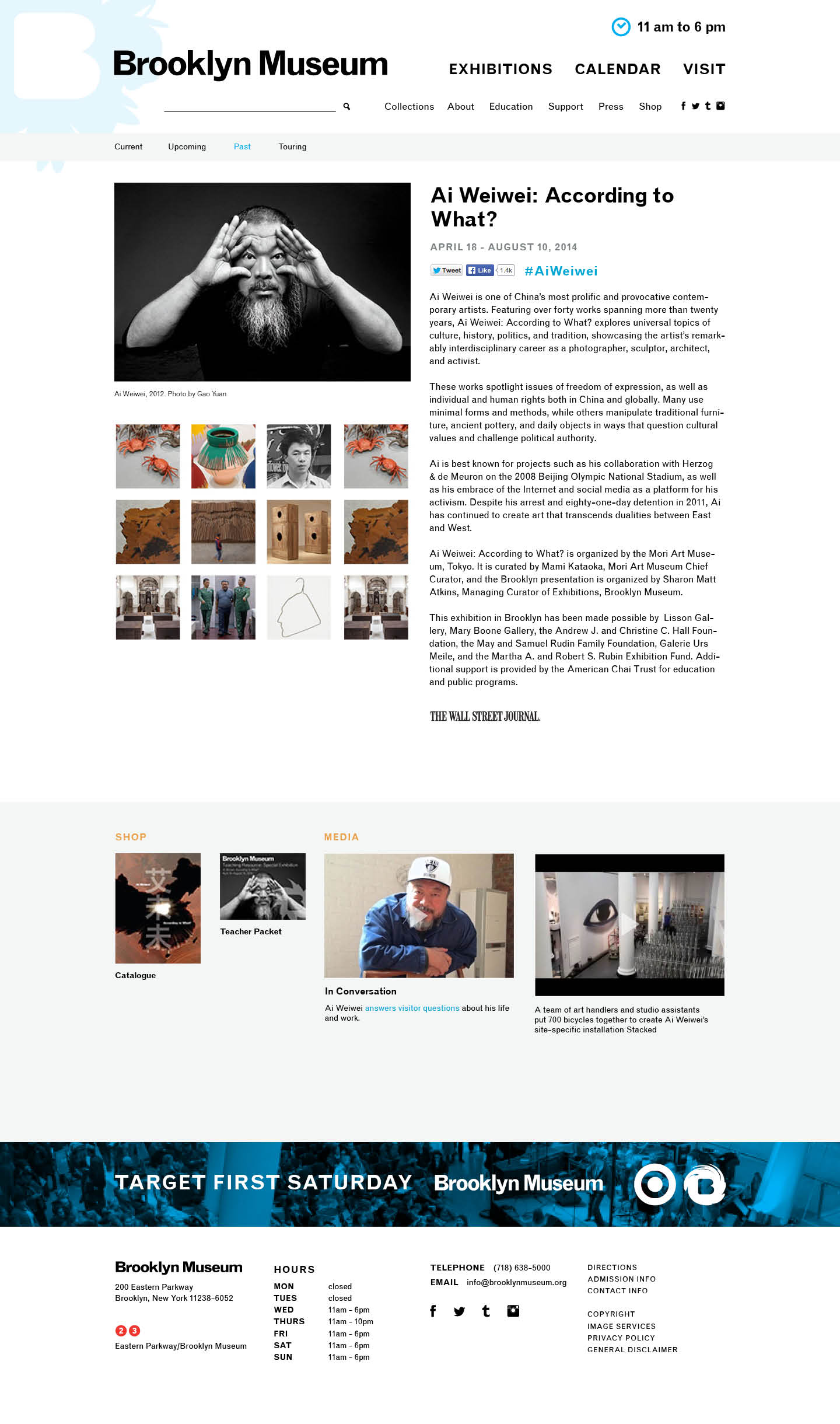 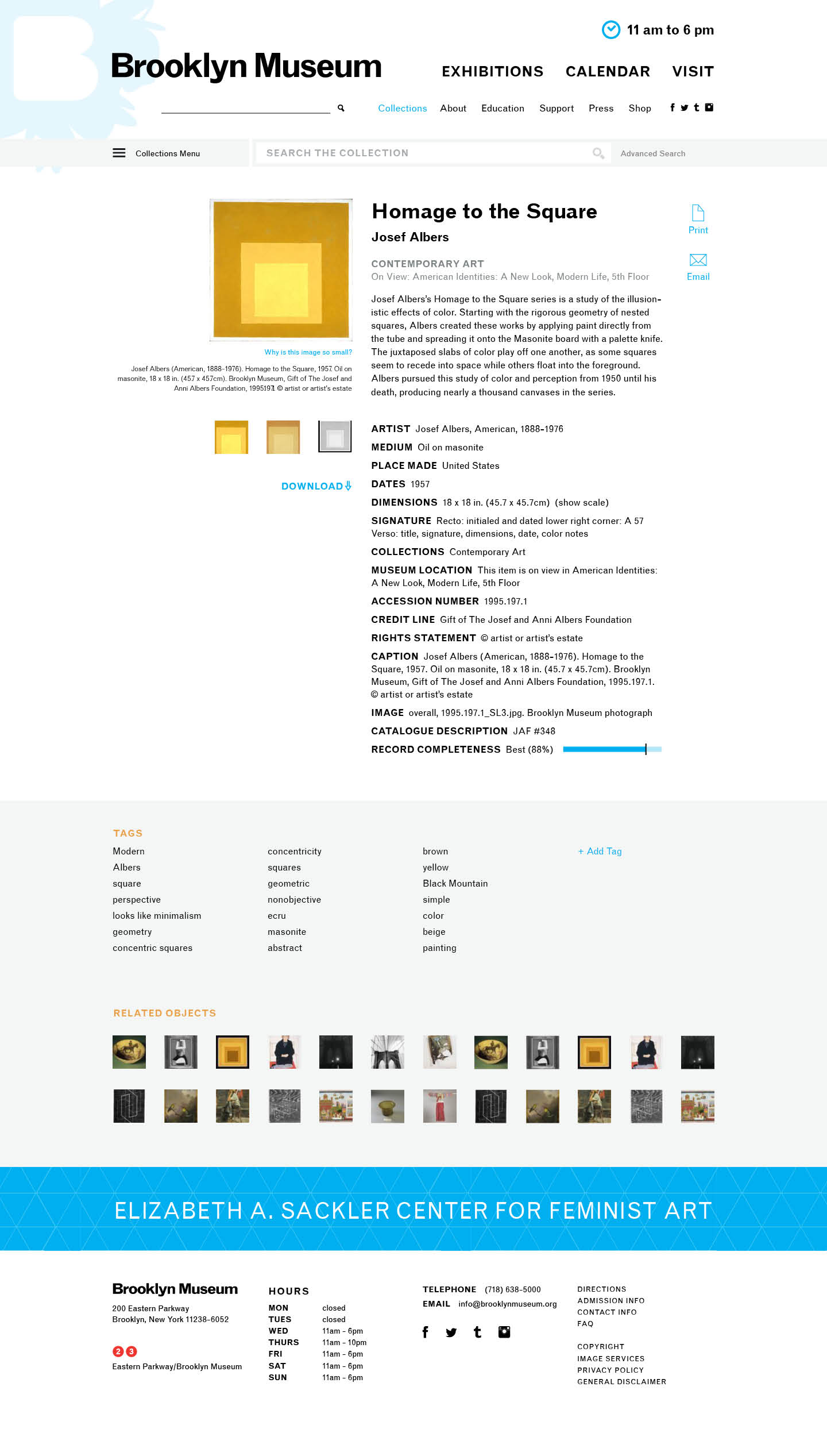 One of the goals of the website refresh was to create a design which strayed little from the old one. This meant avoiding fancy transitions or fun javascripty things common to modern websites. But I did take some liberty with the calendar header. To match the wide headers we’re using on many other pages, I designed a horizontally scrollable calendar which feels native to mobile browsing. It delineates which days we are closed, hopefully reducing the number of people knocking on the Museum doors on a Monday morning. 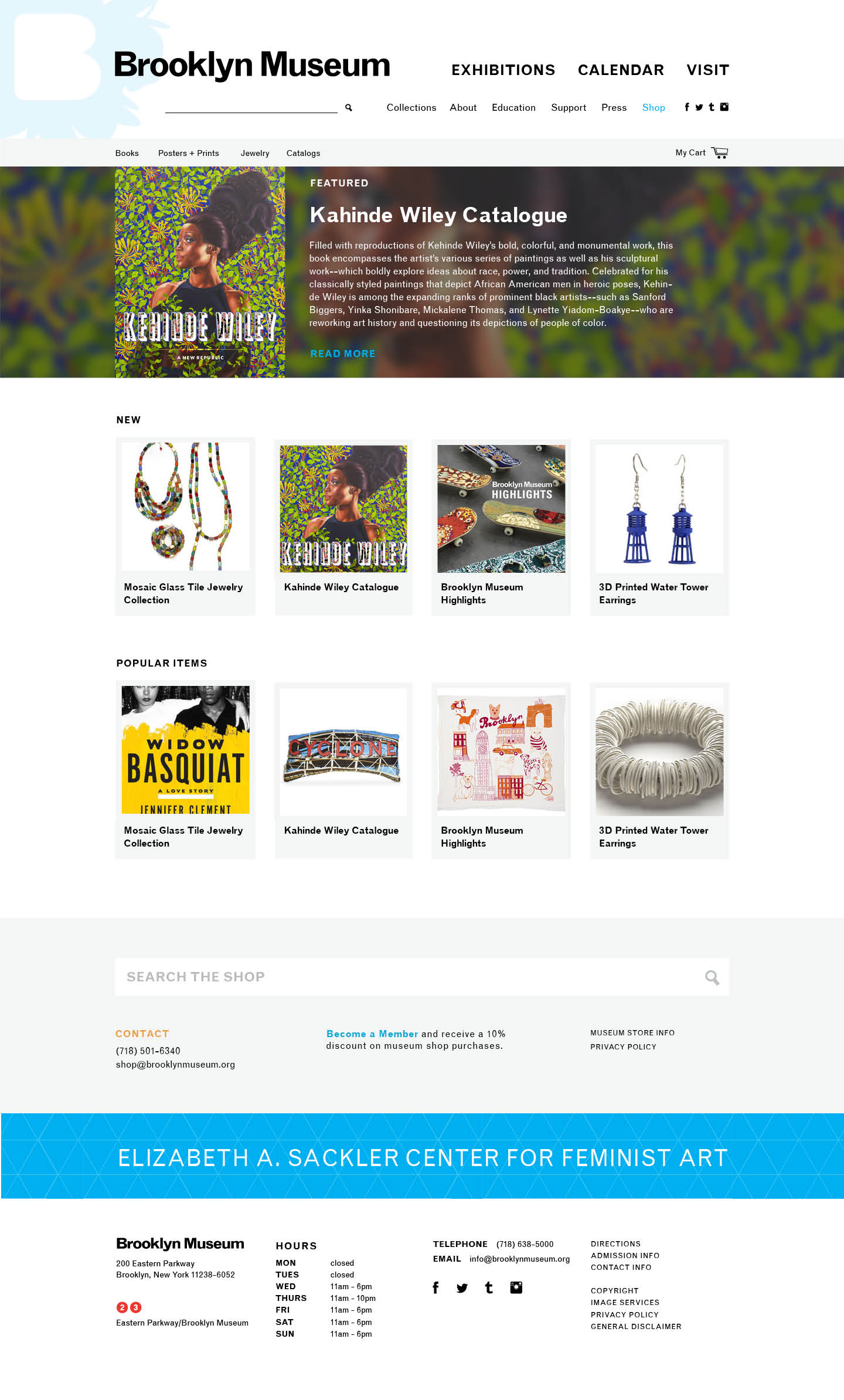 I designed these comps using our own custom typeface, Brooklynesque, which had been drawn for us by 2x4 in 2004. It’s a lovely grotesque, based on Helvetica, which has a friendly and surprisingly diverse personality. Yet, the fonts, being ten years old, were never intended for web use and rendered in browsers in all the wrong ways. We are having them redrawn for modern usages, and will implement them as soon as possible. At the moment, the site is using its fallback, Helvetica.

This redesign was considered, inhouse, as a “refresh”. There are plans for a more drastic redesign in the following years. At that time — and under the new Museum director — there will be an opportunity to rearchitect the site structure on a content level, rediscover the site’s purpose, and integrate the data and content produced by the Ask project.